Why Are Women Thought of as Ruthless and Abandoning Their Children? 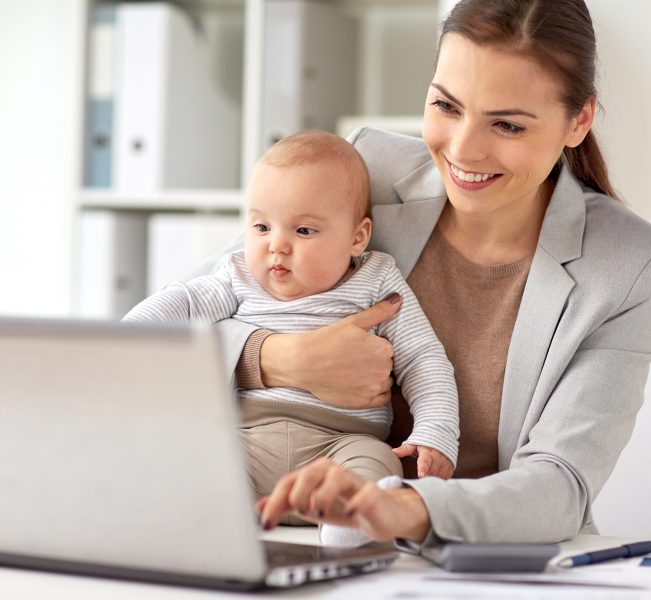 In the past, bearing children and taking care of the family were considered the woman’s only responsibilities.
But the landscape of modern motherhood has changed dramatically and nowadays, it is normal for women to take care of their children and go to work.

According to the Office for National Statistics, the number of working mothers in England has increased by 1 million in the last 20 years. Nearly three-quarters of mothers with young children are in part-time or full-time work.

But the increased number of mothers in the workforce defies the traditional outlook that women need to choose between career and family. So, instead of being praised for successfully balancing family life and career, working mums are often condemned as ruthless career women who abandon their children. This burning issue is depicted in Hoxton Hall’s newest production called “Chasing Rainbows”. The play tells the story of Amanda (Ama), who is set to become the first Caribbean woman in space. Ama is an ambitious woman who is determined to push the boundaries and achieve great things. But instead of being praised as a role model, she is condemned as a cold-hearted woman who left her daughter in order to pursue a career. As Ama prepares a speech for her daughter’s graduation from space, she contemplates the costs and challenges of chasing your dreams.

“Chasing Rainbows” is inspired by Dr. Camille Alleyne, an aerospace engineer born in Trinidad, who moved to the US at the age of 18 in order to pursue her career ambitions. Dr. Alleyne earned two masters and was employed in the US Department of Defense and NASA, where she was selected as one of 100 participants in an elite astronaut programme. Dr. Alleyne continued working on NASA’s International Space Station, Orion, and Constellation space programmes. Why Do People Judge Working Mothers?

Why are women thought of as ruthless and abandoning their children? This certainly is not the case with men, even when they have jobs that take them away for significant periods of time, and/or require them to work long hours.

The answer is complicated and closely tied to evolutionary biology and cultural norms. For generations and throughout different cultures, a father’s responsibility has been to protect the children and women under his care, provide financial support, and display authority in the home. Sadly, the outdated notion is that mothers are the primary parents and fathers are just helpers and unable of caring for children on their own.

When a mother decides to return to work solely to maintain or advance her career, she is often judged and criticized. Many observers believe that women have become too ambitious and are neglecting their children in order to pursue a career. They claim that trying to find a balance between motherhood and career is impossible or even unnatural and consider working mothers to be selfish.

And it’s not only the decision of whether to go back to work or stay at home. The community is often judgmental to mums who let their kids watch TV or eat sugar, those who choose homeschooling over regular schooling or bottle feeding over breastfeeding… But why are people so prone to judge mums? There are several reasons:

As a result of constant judgment and condemnation, many mothers feel guilty. The stress and pressure cause some of them to leave their jobs permanently. In fact, over 50% of the mothers who participated in a recent survey in the UK said that they had left (or changed) jobs due to family commitments.

The guilt of leaving your child behind while going out to work can be too much to deal with at times and not just for regular mums. Some famous ladies are also combating mum guilt.

In an interview with the Associated Press, the singer Carrie Underwood opened up about her struggle with returning to work after giving birth to her baby boy. “I think mum guilt is rampant in my life,” she said. “I still constantly wonder, ‘Is this fair to him? Is my life fair to him?” The superstar singer Pink also admitted to feeling guilty whenever she leaves her children to go to work. “I put way too much pressure on myself”, she said. But the mum of two found a way to turn these feelings into something positive, using them to set an example for her little ones. “I want to follow my passion too and I want my kids to see what it looks like to have a mom [..] who is following her passion, who is working really hard towards her goals, but there is always a choice … it is a balance.” The actress Debra Messing joined the club as well. “It’s incredibly hard even when you don’t have a job. So, when you have a full-time job on top of that, you just have to be [super] organized, and that was a hard lesson for me to learn.” The Will and Grace star believes that guilt-free parenting is possible if you ask for help. “Make sure you have people around you that can give you support and help, whether it’s best friends, family members, or a babysitter.” Despite the outdated belief that women can’t have it all, working mothers find a way to support their families financially and take care of their kids.

Even after having children, your identity remains unchanged. You’re still ambitious and you still have personal goals you want to achieve. Your decision to go back to work, be it for financial reasons or to advance your career, is a personal choice and you don’t have to feel guilty. Feelings of guilt will not only affect your productivity at work, but they will also reflect negatively on your parenting skills.

Love this blog, when will you be updating more interesting blogs like this?

Glad you like this blog, We will be posting inspirationally mothers every month and other information blogs more often.

Appreciate this blog as it relates to my situation

Thanks for the marvelous posting! I really enjoyed reading it, you’re a great author.
I will always bookmark your blog and will eventually come back in the foreseeable future.
I want to encourage you to definitely continue your great job, have a nice holiday weekend!

Like!! Really appreciate you sharing this blog post.Really thank you! Keep writing.