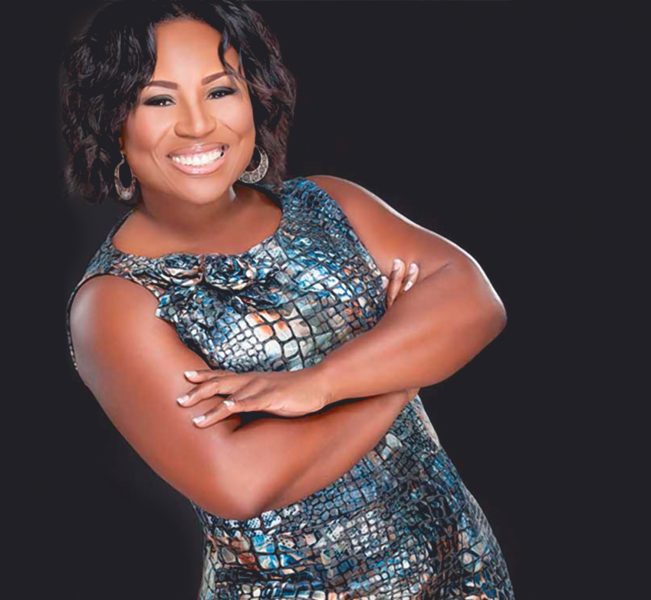 “I want to give voice to the voiceless young girls around the world through the gift of quality, challenging education.” – Dr. Camille Wardrop Alleyne.

Camille’s fascination with the outer space began when she was a little girl. In an interview published in 2013, she reminisced on her interest for the outer space, saying that she was a curious child interested in maths, science, and problem-solving. From the age of seven, she would sit on her dad’s car, staring at the stars and wondering what’s out there. Those moments shaped her path in life. Her supportive parents also played an important role, encouraging her to pursue her dream.

At her secondary school in Trinidad, Camille was one of only 10 girls who chose science as her major. At the age of 18, after finishing college, she left her country and moved to the United States where she obtained a Bachelor’s degree in Mechanical Engineering at the Howard University in Washington DC.

Upon graduation, Camille became a Space Shuttle Test Engineer at the Kennedy Space Center. After that, she worked as an aerospace engineer for the Department of the Navy and the Missile Defense Agency for more than five years.

In 1986, while Camille was in college, the Space Shuttle Challenger disaster happened; the orbiter broke apart only 70 seconds after launching, killing all seven crew members. This tragic accident cemented her decision to work at NASA.

Camille started her career at NASA as a Lead Systems Engineer, and later she was promoted Assistant Deputy Associate Administrator for Programs. She’s particularly proud of her work on the First Mars Mission and her role in the development of the next human space shuttle, the Orion. Camille was also part of an international space program, where she created a model to help expose developing countries to space research. At the moment, she oversees more than a hundred NASA projects. When asked about the most challenging aspects of her profession, Dr. Alleyne replied “Most challenging is the fact that I’m a woman in a very male-dominated career and environment, and one that has very few people of colour (female or male). One is not always given the benefit of the doubt because of these physical attributes. But what I know for sure is that there is no substitute for excellence – it transcends culture, gender, and ethnicity.”

As part of her efforts to create equal opportunities, Camille founded the “Brightest Stars Foundation”, which is dedicated to empowering, inspiring, and educating girls and young women around the world to become leaders through the study of technology, maths, and science.

Besides gender and race discrimination, Dr. Alleyne also faced condemnation as a working mother who leaves her child behind in order to take to the sky. Her struggle served as inspiration for Hoxton Hall’s newest production “Chasing Rainbows” which explores the issues surrounding balancing motherhood and career and talks about the cost of pursuing your dreams.

Although she faced numerous challenges throughout her life and career, Camille always relied on her spirit of determination and strong support system to overcome them. She urges women to believe in themselves, stay focused, and work hard. “Excellence neutralizes all the -isms (sexism, racism, etc.),” says Camille. “Strive to be excellent every day.”