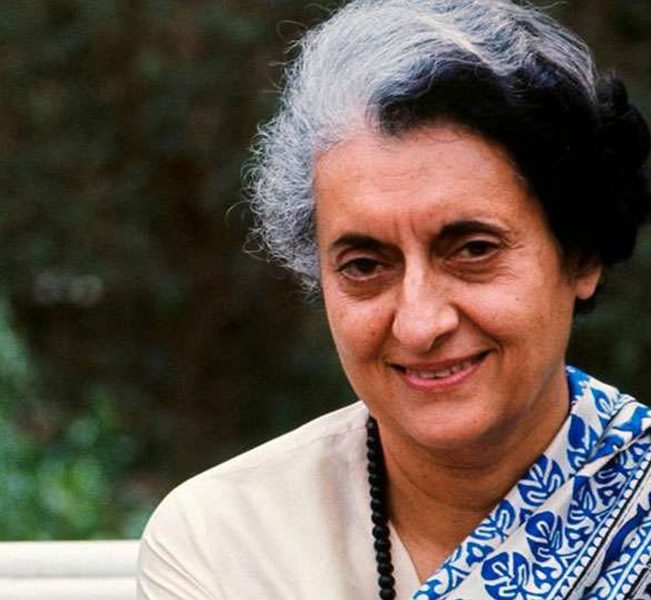 Once upon a time in India, when people still believed that a woman’s place was in the house, one woman stepped up and went into politics.
Indira Gandhi, the first and only female Prime Minister of India, led the country for almost 20 years, managing to stay in power despite a culture which viewed women to be inferior to men. This string and determined woman ruled with an iron fist thereby earning the epithet ‘Iron Lady of India’. In November 1917, a girl was born into a powerful family of activists and freedom fighters. This girl was anything but ordinary – her father was India’s first Prime Minister, Jawaharlal Nehru.

Being born during the nation’s struggle for independence from British rule, Indira’s became a natural supporter from the age of five. India’s nationalist movement was known to reject British goods and often burned them on large bonfires. To show her support, Indira decided to burn her favourite doll because it had been produced in Britain.

From an early age, she displayed seriousness and responsibility unusual for children. She once said that since she was three years old, she felt responsible for herself but also for her parents because “friends and relatives took advantage of their goodness.”

Her mother’s death was a significant turning point, as Indira became her father’s close confidante and started learning the ropes of politics.

The fact that people of India remember her as Indira Amma (Mother) speaks volumes about Gandhi both as a human being and political leader.

Often called’ the only man in her cabinet’, Indira didn’t hesitate when it came to making tough decisions or instigating development programmes. She secured the merger of Sikkim with India, repeatedly urged American companies to invest in her country, defeated Pakistan in the Bangladesh liberation war, and mentored the Green Revolution which made India self-sufficient in food.

Gandhi steered the country through a number of ordeals: the Indo-Pakistani War, pervasive poverty, and the Emergency period from 1975 to 1977 when she lost the election. All this while facing fierce antagonism from the opposition parties, but also her own Congress Party. But she managed to deal with all the difficulties and she did it with an iron fist.

With a vision to modernize the nation and achieve a wider measure of economic and social justice for all Indians, Indira Gandhi worked hard to implement social welfare programmes to help the poor, consolidate women position, and expand the country’s horizons, standing up against rivals and staying fearless in front of the most powerful nations. She managed to reduce poverty by 20%, increase food production to 25%, and raise literacy levels by 30%.

The Iron Lady of India

One cannot help but comparing the Iron Lady of India to another Iron Lady – Margaret Thatcher. Both of them were extraordinary politicians and leaders, with lots of similar personality traits: they were both decisive, pragmatic, and strongly determined to transform their nations.

In fact, the two leaders ended up being allies and close friends over the years. During a visit to India in 1995, Thatcher said “Very early on, we struck up a close rapport, for we both felt the loneliness of high office and it was good to be able to talk to someone who understood,” even though he admitted that the two had quite different ideologies. Indira Gandhi was one of the most charismatic female leaders in the world. She was esteemed for her brave decisions and fearless leadership. She was a patriot and a nationalist who dedicated her life to India’s prosperity and peace and worked for the country’s integrity and unity. She received numerous accolades for her political contribution to India and the world, including the highest civilian honour, the Bharat Ratna, and the Bangladesh Freedom Honour.

By the time Indira Gandhi was assassinated, she was the world’s longest-serving female Prime Minister, a title she holds to this day.

In the end, I’d like to quote this exceptional woman with the words that summarize her dedication and love for the country: “I have lived a long life, and I am proud that I spend the whole of my life in the service of my people. I am only proud of this and nothing else. I shall continue to serve until my last breath, and when I die, I can say, that every drop of my blood will invigorate India and strengthen it.”

This woman is an example of how you can make the world around you better and change the basic principles that seemed indestructible and unchanging.