Misogyny and the death of the British computer industry 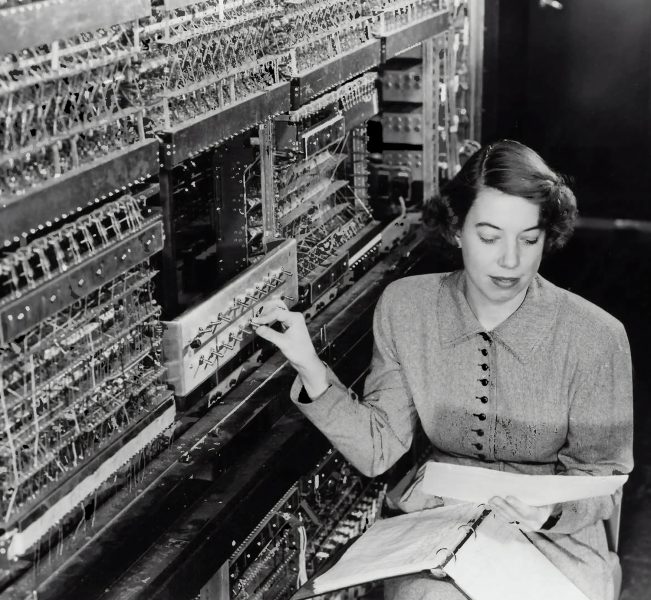 In 1979 Video Killed the Radio Star and by that time, systemic and institutional sexism had effectively killed the British computer industry and impacted the progress of computing worldwide.  The nation that invented the computer lost its lead and wrote its own epitaph, by discarding its most plentiful supply of trained technologists: women.

This is a cautionary tale of how sexism not natural evolution, produced a technical labour shortage in government and industry, eventually leading to the downfall of the British computer industry.  The consequential impact of this sexism on women in technology, helped propagate the modern preconception that women and computing don’t mix.

Women’s ability to participate in the digital economy was not lost due to a lack of talent, expertise, knowledge or desire; it was taken away from them, plundering the technological expertise necessary for on going success.  The inevitable reorganisation that followed this eventually turned British computing into a feeble shadow of its former self.

For millennia, women have been used to being written out of history and computing is no different.  Most people will have heard of Charles Babbage but not Ada Lovelace.  They will have heard of Mark Zuckerberg, Bill Gates and Steve Jobs but not Grace Hopper, Stephanie Shirley or Margaret Hamilton.  The world is full of professions and industries in which men dominate, but there is only one that used to be completely dominated by women and has since been appropriated by men.  That profession is computer programming.

In 1944, Britain led the world in electronic computing. The top secret code breaking Colossus computers (the first digital, electronic, programmable computers in the world) deployed at Bletchley Park, were operated 24/7 and were critical to winning the war in Europe.  At a time when the best electronic computing technology in the United States was still in its infancy, British computers were literally changing the world.

After the war, Britain’s computing breakthroughs continued and the industry appeared poised to succeed across the board, competing with US technology on a global scale.  However, a mere 30 years later, Britain’s computer industry was effectively dead.

History would have you believe that this catastrophic failure was brought about by a group of talented American men and the machines and software they developed.  History would also suggest that US success was augmented by superior global strategies and marketing initiatives.  However, the reason is much simpler – misogyny!

Imagine being responsible for programming, maintaining, operating and testing all the computers in a major computing centre critical to the national infrastructure of the British government.  Also imagine that on top of these duties, you have been asked to train two new colleagues who have no computing skills; ultimately bringing them up to speed over a twelve month period.  Then imagine those two colleagues being promoted into management roles and you being demoted to an assistant, below them.

This was 1959 and the fact that the trainer was a woman and her new colleagues were both young men was no coincidence.

Now leap forward 58 years to 2017, to the memo issued by a male Google employee implying that the reason there are so few women in technology (especially coding), is that their biology precludes it.  What this man and many more like him fail to realise is (to paraphrase Bernard of Chartres and Isaac Newton) that today’s programmers have achieved their success by “Standing on the shoulders of Giants”, in this instance, female Giants. 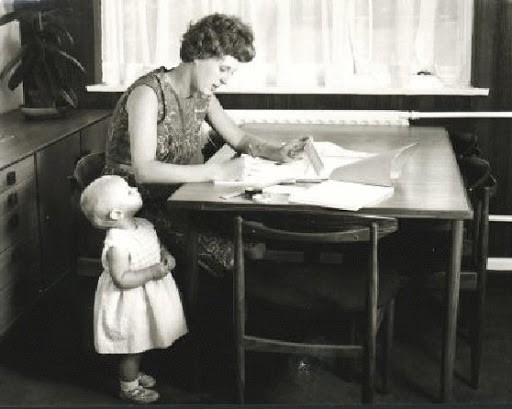 In 1966 computer programmer Ann Moffatt sits at her kitchen table writing code for Concorde’s black box flight recorder – The first commercial airline to have a black box. Her baby daughter watching her then, is now in her 50s.

From the 1940s to the 1960s, more than 90% of computer programmers and systems analysts were women – they were the largest trained technical workforce in the industry.  So much so that IBM used to measure programming time in ‘girl hours’ rather than ‘man hours’.  In those days, hardware was considered king and this was where male interest and the kudos lay. 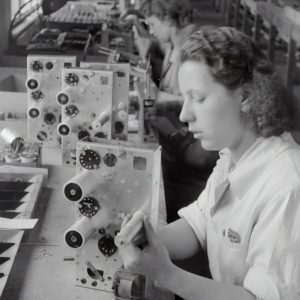 Software was on the periphery and despite its complexity; requiring considerable skill and often advanced mathematical knowledge, it was considered menial, unexciting and unintellectual and in part because it was women’s work; largely unimportant.  However, by the mid to late 60s, attitudes were changing.  The great power and potential of computers was becoming more apparent.  As they became more extensively used, especially in government, it was decided that the right people to control these vital machines and the decision making being programmed into them, were people who would ultimately become managers themselves.  That clearly excluded women, after all (at that time) women were not supposed to be in positions of power, least of all power over men!

The Beginning of the End

The British government, the nation’s largest computer user, then embarked upon a 10 year plan to remove their most qualified technologists (women) from these newly critical, technical positions and replace them with young men who would have the capacity to move confidently between technical and managerial roles.  There was however, a huge barrier to this thinking.  Few men intent on career progression were attracted to what was still perceived as a feminised, career backwater.  This resulted in British industry and government struggling to hire, train and most especially retain enough young men with the technical skills to do the job, the inevitable result being persistent labour shortages.  The unintentional results of this deliberate act of sex discrimination, created the environment that sounded the death knell for and eventually destroyed Britain’s computer industry.

As our modern lives clearly demonstrate, computers became increasingly vital to the smooth running of all state functions, meaning that the skills required to manage, maintain and run them were becoming indispensable.  By the late 60s, the government finally grasped the reality of (if not their part in creating) the situation.  If they did not have access to well trained, permanent and dependable technical experts, they would have a crisis on their hands, namely, a serious lack of competence to run the machines critical to the functioning of the state.

Had logic prevailed one would have assumed that the pool of discarded female experts would spring to mind, not a bit, so determined were government ministers (and industrialists) in their belief that they needed male, management oriented technocrats; in desperation and counter intuitively, they decided to lower the standards of technical skill required for the roles!  Inevitably, this strategy was doomed to failure, further increasing the already serious labour shortage.

The most powerful people in government soon realised that they could no longer function by trying to get more young men into computing: the numbers simply weren’t there.  As this realisation dawned, it was judged that the shortage of “appropriate” labour would rapidly become a problem for national security.  Given this, the decision was made that if there weren’t enough men for the jobs, then they must reduce the number of jobs.  A strategy was required that would realise the same level of computing output, with a smaller workforce.

As returning to a female labour force was a nonstarter, the policy was to reconfigure the government’s computing infrastructure, by creating bigger and better mainframes, managed centrally by a far smaller technical workforce.  To achieve this, the Ministry of Technology, forced a merger of all the remaining, viable, British computer companies and in 1968 International Computers Limited (ICL) was born.  This new behemoth was created to allow Britain to meet its digital needs with its newly minimised and masculinised labour force.  The government guaranteed to fund the merged company’s research and to purchase its computers exclusively; as a result the newly formed company accepted a high degree of government control over its decision making and product line and embarked on a project to produce the large, technologically advanced mainframes the government thought it needed to solve its labour problems.

This strategy might have been successful except for its timing.  By the mid 70s, when ICL delivered the highly advanced 2900 series of large, powerful mainframes, the government no longer wanted them and neither did other potential customers.  The era of the mainframe was declining; as smaller machines and decentralised computer systems were becoming the norm.  Realising their mistake (though not the underlying sexism that had caused it) and despite their guarantees, the government withdrew its support for ICL, effectively laying the foundation for the destruction of what was left of Britain’s computing industry.

Anchored to its new, expensive, dead-end mainframe line, ICL could not compete with the offerings of IBM and other existing and emerging technology companies.  At the behest of the government, ICL had neglected the development of its smaller and better-selling lines, from which it and ergo Britain’s computer industry never recovered.