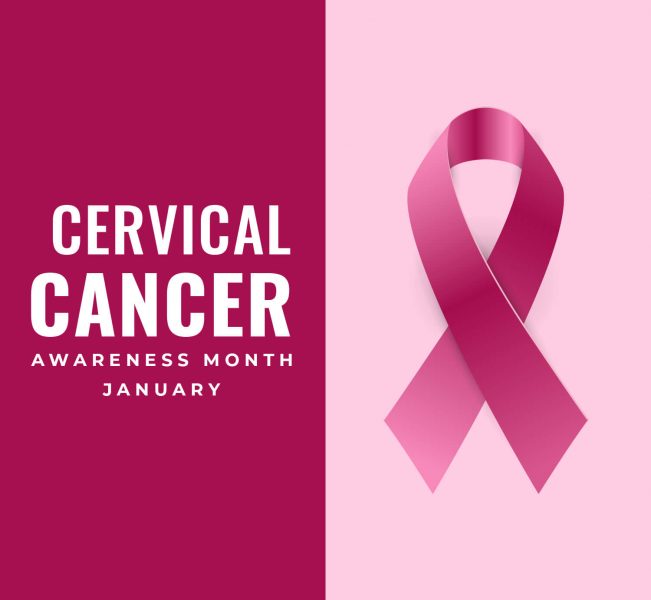 Between 1988 (when structured cervical cancer screening began in the UK) and 2006, incidences of cervical cancer fell from 18.8 cases per 100,000 to 9.4 per 100,000 – a 50% reduction in less than 20 years.  Since then rates have remained fairly stable, however, there are some concerning statistics for young women.

The last decade according to Cancer Research UK, has seen a significant drop in screening rates for cervical cancer, especially in young women.  Since the early 1990s the incidence rate for cervical cancer has been falling for people between the ages of 50 to 80+.  In stark contrast however, since 2004 for people between the ages of 25 to 49 rates are on the increase, especially in the 25 to 29 age group.  The reason is attributed to the low numbers of younger people, attending screening.

Over the millennia, the belief in the reasons for cancer has been myriad; ranging from the ancient hypothesis crediting an imbalance of Humours, to chronic irritation, trauma and even contagion (spread from person to person).  What we now know however, is that there are several causes but they do not include any of those listed above.  They do however; include certain viruses, bacteria and parasites.

Cervical cancer is predominantly caused by a virus, the human papillomavirus (HPV).  It has been known for decades as the virus that causes warts but initially was discounted as a cause for cervical cancer.  However, in 1995 that all changed with the publication of research in the UK that revealed testing for HPV DNA during cervical screening, would pick up cases of pre cancer that were being missed by the existing Papanicolaou (smear) test.

What is Cervical Cancer?

Cervical cancer is when abnormal cells in the lining of the cervix (the neck of the womb) grow in an uncontrolled way, eventually forming a growth (tumour).  The danger is that if not caught early enough, these cells will gradually grow into the surrounding tissues and potentially spread to other areas of the body.

The Introduction of Universal Screening

From its haphazard introduction in 1964, the cervical screening service has gone through several improvements, not least in 1988 when a centrally organised NHS cervical screening programme was introduced; its resultant success ensured that by 1999 coverage had reached 80%, a target considered acceptable to the NHS.  Recent numbers from Public Health England (PHE) illustrates a fall in screening uptake, where just 70.2% of women aged 25 to 49 were screened.  Whilst better for women aged 50 and over, at 76.4% it is still below the optimal 80% level.

Up until recently, cervical screening was based on the conventional Papanicolaou smear test, which it was acknowledged might not be able to prevent all cases of cancer.  However, today in England, Wales and Scotland, the service uses HPV primary screening, meaning that each person is tested for evidence of the HPV virus first.  This is because it is a more accurate indicator of the likelihood of developing the abnormal cells, which can progress to cancer.  Not all abnormal cells become cancerous but monitoring for changes is essential to finding those that will, so cancer prevention strategies can be put in place.

Who should be screened and when?

Women, as well as transsexual men and non-binary people with a cervix, between the ages of 25 to 49 are invited for screening every three years; those between 50 and 64, every five years.  Over 65s can request a test if they have any concerns.

Women under 25 are not automatically screened as cervical cancer is very rare in this age group.  In women under 25, changes in cervical cells (which usually return to normal) is quite common, meaning that regular screening can lead to unnecessary treatment and as a result has the potential for doing more harm than good.

Since its inception, this organised screening programme has ensured that rates of cervical cancer have fallen dramatically.  However, in the last decade this has been marred by the increase in incidences in people between the ages of 25 to 29.  For this cohort, the rate of increase has gone from 12.0 cases per 100,000 to 18.5 cases, nearly at the overall (cases covering all age groups) level measured before organised screening began.

Cervical cancer is one of very few cancers that can be prevented by screening.  Cervical screening is your choice.  It is quick, simple and painless, and is usually done at your local GP surgery or health centre.

So why don’t people jump at the chance to be screened?  The main reason given is embarrassment, coupled with a concern that the test will hurt!  For a disease that has the potential to be completely eradicated, in the 21st century, should we really be willing to risk dying from embarrassment! 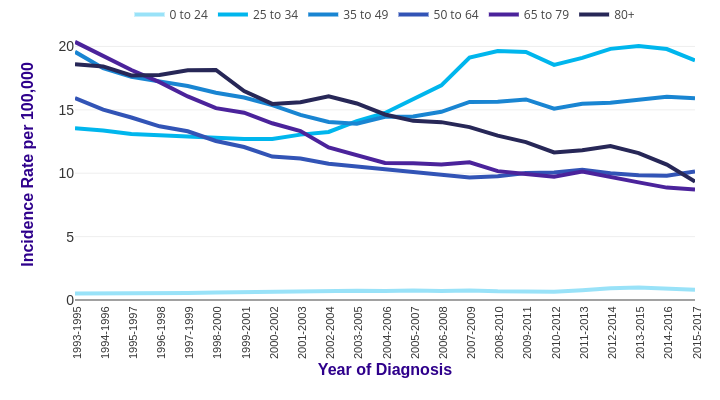