Last at the Cross and first at the empty tomb 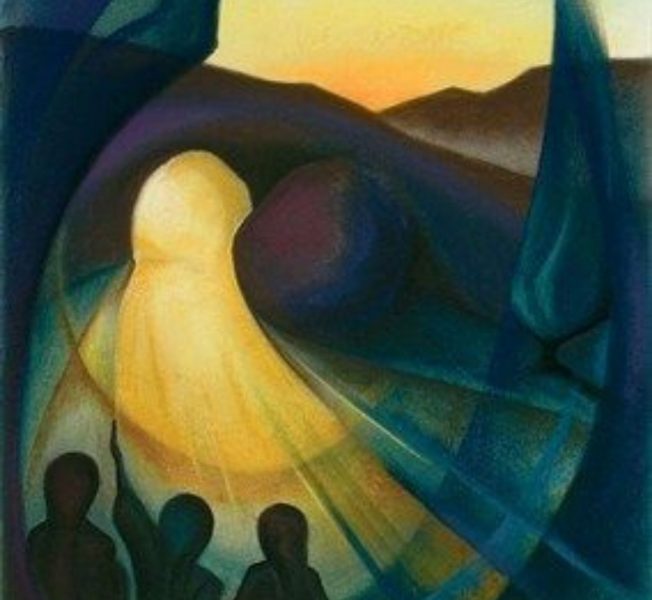 The Easter story is at the heart of Christianity and women are at the heart of the story.  On the day that the Western Christian church now calls Good Friday, Jesus was executed by crucifixion, his body then taken from the cross and buried in a cave.  To prevent the body from being stolen, the tomb was guarded and a huge stone placed at the entrance.  On the Sunday following the crucifixion, the cave was visited by a group of women who found the stone moved and the tomb empty.  After this revelation, Jesus was seen in physical form on that day and for many days after – according to the Gospels, his followers believed and proclaimed that God had raised him from the dead.

Easter and the women who supported Jesus to the end

Women are at the Heart of the Christian story

According to the New Testament Gospels; women were amongst the first followers of Jesus and several were part of his ministry from the earliest days.  They also remained integral to the work of the church for several centuries thereafter.

Mary Magdalene, Joanna and Susanna were early disciples and were especially critical to the dissemination of Christianity.  According to Luke’s Gospel they not only followed Jesus in his ministry, they also supported him out of their personal resources.  “Soon afterwards [Jesus] went on through cities and villages, proclaiming and bringing the good news of the kingdom of God.  The twelve were with him, as well as some women who had been cured of evil spirits and infirmities: Mary, called Magdalene, from whom seven demons had gone out, and Joanna, the wife of Herod’s steward Chuza, and Susanna, and many others, who provided for them out of their resources (Luke 8:1-3).  What Luke is saying is that these women financed Jesus and in so doing enabled his ministry and ‘bankrolled’ the foundation of the faith.

A man ahead of His time

From various Bible stories we get a picture of Jesus as a man ahead of his time, a man who did not bind himself to the conventions of the day and treat women as inferior.  It is written that he spoke to women in public and in private and was happy to learn from them.  According to Mark 7:24-30 and Matthew 15:21-28, an unnamed Gentile woman taught Jesus that the ministry of God is not limited to particular groups and persons, but belongs to all who have faith.  Jesus also frequently visited the home of Mary and Martha and was happy to teach and eat meals with women as well as men.  It is clear that contrary to the conventions of the time, Jesus welcomed women as his disciples and accepted and valued their support.  The roles that women played during the crucifixion and resurrection also reflects their importance.

When the hour finally came, when Jesus was arrested, despite their promise to remain by his side in his time of suffering and death, everyone fled in fear.  Everyone that is, except for a faithful group of women who remained present, remained strong and remained faithful, despite what must have been considerable risk to themselves.  They were present at his trial; they accompanied him to the foot of the cross, they remained with him for the six hours it is written that he took to die and then followed his body to the tomb.

Testimony to the resurrection

“When the Sabbath was over, Mary Magdalene, Mary the mother of James, and Salome bought spices so that they might go to anoint Jesus’ body.  Very early on the first day of the week, just after sunrise, they were on their way to the tomb and they asked each other, ‘Who will roll the stone away from the entrance of the tomb?’ But when they looked up, they saw that the stone, which was very large, had been rolled away” Mark 16:1-4.

It must be recognised that this was a very dangerous mission, visiting the tomb of a convicted, vilified and crucified criminal.   They were clearly marking themselves out as supporters of a religious movement that the Romans (and some Jews) were intent on eradicating.  Their courage was rewarded, Jesus appeared first to Mary Magdalene and she and her companions were the privileged bearers of the news that laid the foundation for the Christian faith for millennia to come.  This was especially significant given that the cultural norms of the time meant that a woman’s testimony was not even admissible in court under Jewish law.

The word of a woman held no public credibility at the time of Jesus, yet despite this, women were witnesses to and the trusted broadcasters of the event that defines Christianity to this day.   Christianity, the religion that was vilified by the Greek philosopher Celsus, a second century opponent of the faith who said it attracted only “the silly and the mean and the stupid, with women and children.”   Bishop Cyprian of Carthage identified that “Christian maidens were very numerous” and that it was “difficult to find Christian husbands for all of them”.  Christianity, the faith that in its formative years was clearly disproportionately populated by women became and after more than 2000 years, still is the largest religion by population on earth.