Our journey with Autism 33 years and counting! 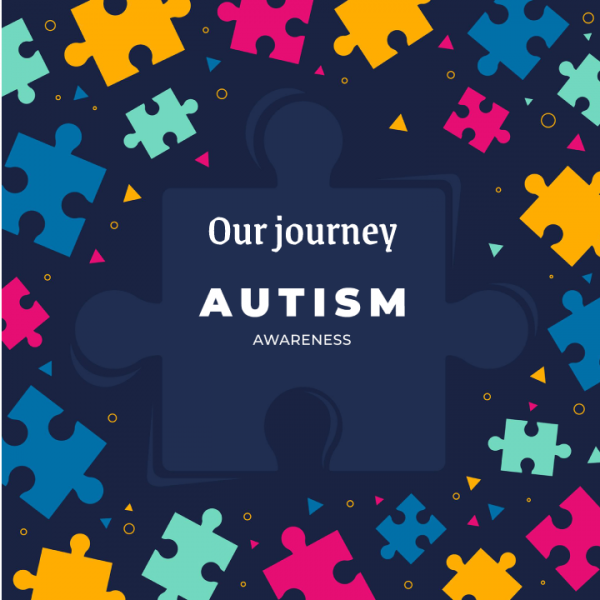 A teacher, entrepreneur, businesswoman, and mother. Rose shares her journey with autism, taking us through the challenges and joys she has experienced over the last 33 years raising her son. After spending all these years supporting herself and her son, Rose offers some words of advice to parents starting out and hopes to provide support to parents in the same situation as her, through her latest venture, Probuddies Supported Living!
View All Posts

At the age of 21 I gave birth to a beautiful baby boy, this baby is now 32 years old, 6ft and non-verbal but understands everything you say to him. He can cycle, swim, ice skate, play football and knows how to use a quad bike.

At his birth I was told he was in distress, I wanted gas and air as a pain relief. The nurses bought three cylinders at separate times to my room all of which were empty, I ended up not having any pain relief whilst giving birth to him.

I knew there was something wrong because he has an older brother who is six years older and I noticed that he was not hitting the millstones at the correct stages as my first son.

I went to see endless people such as doctors, Jeremy Turk, St George’s, University of London, Southwark Child and Adolescent Mental Health Neurodevelopmental Service, child psychiatrists, physiotherapist, speech, and language therapist because I was worried about his development. I had to chase the local council to get him diagnosed because they had misplaced his paperwork and had forgotten all about him. It was not until he was 5 when he got diagnosed with autism and severe learning difficulties.

During this time, I met a lovely lady called Shoshana Foster who has an autistic daughter much older than my son, she helped me in my fight to get my son the help he needed. Along with my son’s solicitor Felix Moss, who I cannot thank enough, we worked on filling the first-tier Tribunal (Special Educational Needs) which is an independent national tribunal which hears parents’ and young people’s appeals against LA decisions about the special educational needs of children and young people. I would have known nothing about all of this without the help of these people.

This carried on until we were able to take my local council to an Educational Tribunal to get my son into a residential school with 24 hours care at the age of 11. Initially I was unsure about doing this and very apprehensive because my son had never been away from me or his older brother and I was very worried. After much consideration I came to think of his best interest, so I let him go with an extremely heavy heart.

While going through the process I was required to find a school myself, I travelled up and down the country looking for good schools for him and attending endless meetings. During this time my son had a fantastic solicitor who was there every step of the way, we won and my son attended a specialist school which catered for all his needs. He attended there for a while but these schools only go up to the age of 18 then the next step is to attend college until 25 after which time there are only day centre provisions available. All of which you must be referred by a social worker after they complete a review together with a support plan.

Transitional periods from going to childminders who did not want him there, to him being stuck at a nursery (even after reaching school age) because the council had lost his paperwork, to attending several primary schools which did not cater for his needs. One school in particular was giving my son word searches to complete when he could not even recognise words and at this point could not even write his own name.

In order to manage each transitional period during my son’s journey, I was employed on and off for many years to provide for my son, so he could access everything he needed at the correct times  – Children’s services 0 – 5, 5 – 11, 11 – 18 followed by Adult services 18 – 25. Now at the age of 32, my son only has access to a day centre just two days a week as well as zoom meetings since lock down. I have no help and I am alone supporting myself and my son.

Now my son is 32 and still living at home, but I have now come to the realization that he would benefit being in supported living. I cannot get the help I need from my local council in London so we have decided to move out of London. Many vulnerable people want to live independently so getting the right care and support is just as important as finding the right home. As a result, I intend to set up a supported living accommodation which caters for young adults just like my son. The purpose will be to aid in supporting him and many more like him become more independent in order to grow in confidence to a point where they need less intervention from us as their parents, as well as giving us the piece of mind knowing they are safe. I have had sleepless nights thinking about what will happen to him when I am no longer here, I am getting older and life is so short. 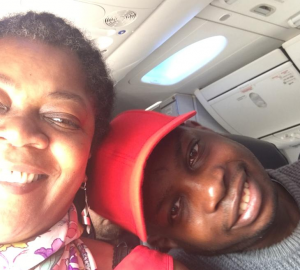 My advice today for anyone who has a child who is on the ASD would be to find a social worker who would be on your side every step of the way. Do not give up, this is an exceptionally long and tiring road it may feel difficult at first but keep going. It would put your mind at rest knowing you have the right people surrounding you. I have learnt a lot over the years, I even see people on the streets or while out shopping and I can spot a child with autism and always go up to the parents and give them advice on such things like, the local council involvement. Children’s service or adults service, which benefits they should be claiming and advice on schooling. Personally, most of all I have learnt to be patient when it comes to my son, as he gets older because his behaviour changes from being kind and loving to being very aggressive and angry and lashes out on me because I’m the only constant in his life and he sees me daily.

Please check out my services at www.probuddiessupportedliving.com

Written from the heart, good luck with the amazing project