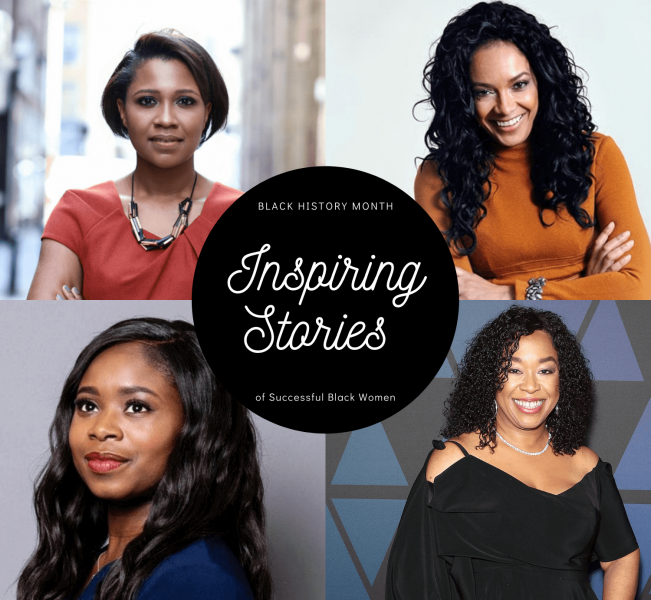 In business as with many aspects of human endeavour, women are often sidelined and sometimes entirely erased from the narrative. However, with women-owned enterprises contributing £105bn GVA to the UK economy and 32.32% of UK businesses owned by women, it’s safe to say that times are certainly changing.

Although the accomplishments of Black women business owners still largely go unnoticed and access to finance remains a lingering challenge, many Black women have distinguished themselves in their respective industries. These women have thrived despite dealing with sexism and racism in their fields. Their stories are symbols of strength, intelligence, and Black excellence—and they deserve to be celebrated.

So, in keeping with this year’s Black History Month’s theme, “Proud To Be,” here are four successful Black women entrepreneurs who have embraced their heritage, defied the odds, and excelled in their various entrepreneurial fields. We hope their extraordinary stories inspire you to be the best you can be in whatever you do.

June Angelides is the founder and CEO of Mums in Technology (Mums In Tech), an immersive and child friendly coding school for mums.

The idea for Mums In Tech was almost “accidental.” Two months into her maternity leave from SVA, Angelides decided to learn to code—she wanted to build an app. So, she enrolled in some online coding classes in order to skill up.

However, she found out that she preferred in person interactions and couldn’t keep up with the course schedule as a nursing mother. She noticed that there weren’t any classes for mothers who wanted to join tech, and she set out to fix that.

Within four months, Angelides was teaching her first group of 15 mums (and 15 babies) and has since helped many mothers earn a decent wage learning a tech skill.

As she grew Mums In Tech, Angelides noticed that despite having brilliant tech ideas, most of the mums in her classes had inadequate financial backing. She also didn’t know any Black female VCs, so she became one and joined Samos Investments to invest in female and underrepresented founders with high growth potential.

Angelides also co-founded Female Founders Online and has numerous awards under her belt whilst balancing this with raising three beautiful kids. She’s been recognised as the Financial Times 6th Most Influential BAME Tech Leader, Computer Weekly’s 15th Most Influential Woman in Tech. She has also featured in Women of Wearables Top 50 Female VC Investors in UK Tech and Lancome’s Teinte Idole 40 shades and 40 powers campaign. In 2020, June was awarded an MBE for services to Women in Technology.

Kanya King studied English Literature at Goldsmiths College and later worked as a TV researcher following her graduation. While in this role, she found out that there wasn’t a mainstream British awards ceremony that celebrated music influenced and inspired by Black music. To rectify this, King founded the MOBO (Music Of Black Origin) Organisation.

Initially, she couldn’t find a financial backer or capital investment, even though a few people shared her vision. So, she re-mortgaged her house to fund the TV production herself and persuaded Carlton TV (the London TV franchise at the time) to broadcast the 1996 event.

Since then, the MOBO Organisation and MOBO Awards have snowballed into a platform promoting diversity and inclusion within the spheres of music, arts, and media. The MOBO Organisation also provided an early platform for various British artists like Stormzy, Amy Winehouse, Skepta, Rita Ora, Craig David, Tinie Tempah and Emile Sandé. The Awards have also attracted top celebrities like Beyonce, Diddy, John Legend and Rihanna, amongst others.

Kanya King is also a founder member of Netwomen—a network of high profile women in the media. She has been acclaimed as one of London’s Most Influential People (Evening Standard), one of Britain’s Most Influential Black People (Thomson Reuters/JP Morgan Power List) and one of Britain’s Most Entrepreneurial Women (Real Business). King was awarded an MBE in 1999, an award presented by Prince Charles at Buckingham Palace.

Kike Oniwinde is a brilliant academic who also threw javelin for Great Britain and was a three times medalist at the British University Championships. Growing up in a rather dangerous neighbourhood with gang violence, her mother instilled in her a strong sense of self-worth and determination, always urging her to dare to dream. Studying Economics at the University of Nottingham, she worked as an intern at Goldman Sachs and Citibank. She then secured an athletic scholarship to the University of Florida, where she earned a master’s degree in Management. She has always attributed her success and global problem solving mindset to her mother’s support and encouragement of her scholarship and striving to be the best she can ever be.

She is the founder of BYP Network, a London-based networking platform that connects Black professionals and companies like Deloitte and Spotify, amongst others. Dubbed the “LinkedIn of young Black professionals,” BYP provides more opportunities for Black professionals, promotes Black talent, and reduces bias in recruitment. The Network also helps companies and organisations implement diversity and inclusion programs.

Kike’s idea for BYP came during her studies abroad when she realised that Black students in her Florida University faced the same professional barriers as those in the UK. Today, the BYP Network has over 50,000 members and more than 400 employers globally.

For her outstanding achievements, Oniwinde has been recognised as one of the Financial Times’ Top 100 UK BAME Leaders in Tech (2018) and also featured in Forbes’ 30 under 30 lists (2019).

Black women aren’t only winning in the UK. The US also has its fair share of Black female entrepreneurs. One of the most notable is Shonda Rhimes.

You might know her as the producer of the famous Netflix show, “Bridgerton,” but Rhimes was making moves long before that show. She is the first Black woman to produce a successful prime time drama on a broadcast network, “Grey’s Anatomy.” She is also the producer of TV hits, “Scandal”—the first show to star a Black woman as the protagonist in a drama series in almost forty years, and “How To Get Away With Murder.”

Rhimes didn’t start with an interest in TV. She wanted to be a novelist and would create elaborate scenes with veggies in her mother’s pantry when she was little. However, watching Whoopi Goldberg on TV changed her mind.

Rhimes’s meteoric rise in TV is an inspiration to Black mothers and women all over the world—she has three brilliant kids of her own. Shonda Rhimes believes you are capable of anything you set your mind to and despises the idea that mothers are martyrs. Forbes estimates Shonda’s net worth at $135 million.

Black women in the UK and all over the world face the double challenges of race and gender discrimination. Indeed, it can seem bleak and frustrating, especially for women entrepreneurs who wish to manifest their brilliant ideas. Inaccessible funding opportunities and support have trampled on these ideas. Causing some to be abandoned or under developed, or worse still, appropriated.

However, with stories of resilience like those above and with great Black women at the helm, we can have faith that things are about to get better for Black business women everywhere.

Happy Black History Month And Many More to Come!

[…] In business and many aspects of human endeavour, women are often sidelined and sometimes entirely erased from the narrative. However, with women-owned enterprises contributing £105bn GVA to the UK economy and 32.32% of UK businesses owned by women, it’s safe to say that times are certainly changing.  […]

These entrepreneurs are changing the game and there are many more to come.